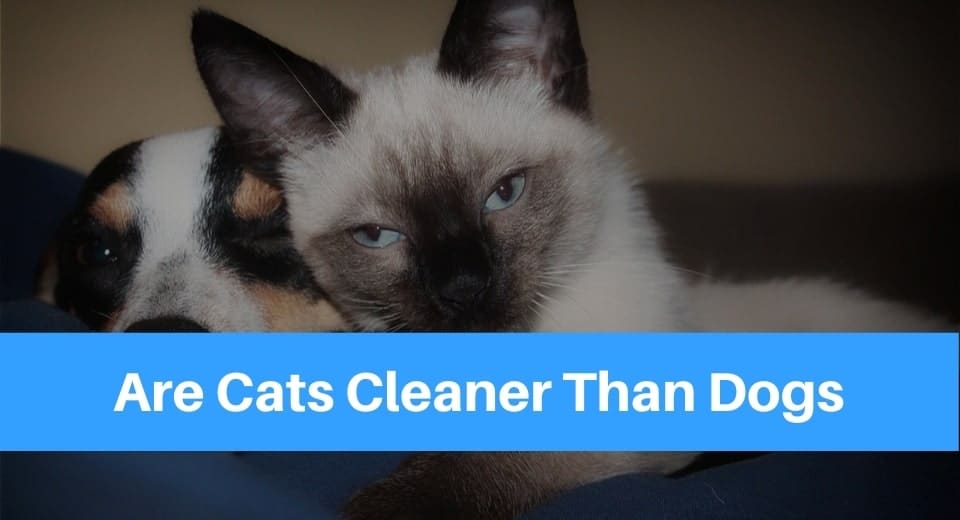 Ever since the beginning of ages, humans wanted animals around their houses for company. Sure, it is said that dog is a man’s best friend, that he is extremely loyal and devoted till the end of his life.

On the other hand, cats were worshipped as divine creatures ever since the Ancient Egypt, and, even though they were domesticated a long time ago, they will always feel more rebellious and harder to tame than dogs.

The cat versus dogs war is as old as the world, while there are countless of sayings in the favor of one team. Some say dogs have owners and cats have valleys. Some, on the contrary, claim that cats can always attack you from behind and play with you under their own schedule, while dogs will always seek for your company. No matter the case, cats and dogs seem to be as different as the sun and the moon, as day and night.

However, this doesn’t mean they cannot survive together and even develop strong bounds of friendship. But, in the end, who is the cleaner one?

Cats use litter boxes to have their needs done, which are usually kept inside the house. On the contrary, dogs go outside and rarely poop or pee inside the house. For this matter, dogs seem to have an advantage, as humans do not breathe the toxins eliminated by dog excrements, such as in the case of cats.

Moreover, litter boxes need to be cleaned and disinfected properly and periodically, meaning you will spend more time cleaning after a cat than after a dog.

On this aspect, cats gain 10 points because they constantly groom their fur and tail. In fact, one of cats’ primary activities consists of grooming and washing itself, sometimes even for hours. Cats tend to clean their coats on a constant basis, as well as opening their mouths less often. This means that cats will be often kept aside from additional bacteria. In additions, this helps reduce the number of parasites and lice, while also fighting against harsh smells.

On the other hand, dogs tend to be more “filthy” as they rather clean their fur only when they feel dusty, wet or look for fleas. Thus, sometimes dogs can smell nastier than cats. Can they even carry lice? You can find that out in our site, and more.

Cats are absolutely terrified by water, thus, if you want to kill one of your cat’s lives, put it near a source of water. On the other hand, most dogs are excellent and native swimmers, meaning not only that they can handle water in large amounts, but also seem to enjoy it.

At first, most dogs are terrified by taking baths but, in time, they will develop a great pleasure, especially if bathing time also comes with fur grooming sessions, massages and little moments of spoil. For this aspect and this only, dogs receive the points this round, as they can easily stand water and, thus, wash away dirt and bacteria constantly. You also do not have to worry about dogs catching a cold if you wash them up.

No matter the breed of your cat, you will constantly fight against tons of hairs and fur balls left all around the house. Cats tend to change their fur more often, meaning there are no safe clothes in the house when you own a cat or more. Moreover, large amounts of fur from your cat can become dangerous to your health, by clogging your breathing system.

On the other hand, depending on the breed, dogs can leave behind smaller amounts of fur and hair. If your dog is constantly brushed and groomed, your dog will lose less hair, meaning you will enjoy a fresher environment.

The debate between dogs’ and cats’ cleaning habits continues to raise provocative responses from both sides. There is no universally agreed truth about which one of them is cleaner. Nevertheless, both cats and dogs should be loved and carried after equally.