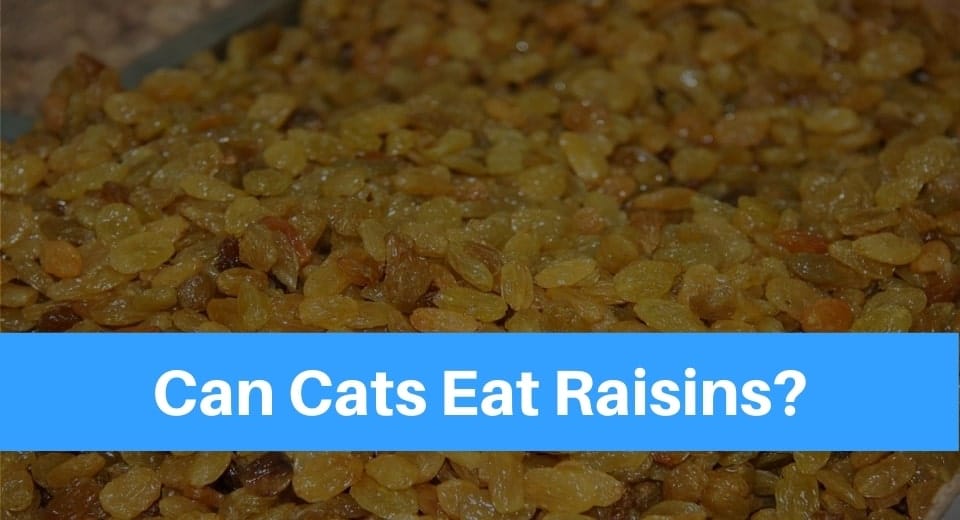 Cat owners enjoy sharing food with their cats. Also, cats often grab food from their owners and they always tend to try something unusual. That can turn into a big problem, because some foods can be poisonous for pets. Cat owners often think that a small amount of some foods won't do any harm to their cats and they give them fruits, vegetables and other human foods.

In this text we will say something more about raisins and their use in cat's diet. We all know that raisins are very beneficial for people's health and also very delicious. But, what about cats? Are raisins safe for cats or they are among toxic foods for them?

Raisins are considered one of the healthiest members of the dry fruits category. They are usually used in cooking all around the world, especially in desserts. Also, they can be added to many snacks, food supplements and health tonics. Raisins are rich in fiber and other nutrients that we need. There's no doubt that raisins have many health benefits for people. They can bring relief from constipation, anemia, sexual dysfunction or fever. Raisins have positive impact on dental care, eye health and bone quality.

Also, raisins can help people to gain weight in a healthy way. It is proved that raisins can also reduce the risk of many types of cancer.

Are Raisins Safe for Cats?

The answer is no. Although raisins are not officially found on the lists of poisonous foods for cats, they should not be given to them. Experts can't say precisely why raisins are harmful to cats, but it is known that they contain substances which may have been toxic to cats. Toxicity can cause many side effects, such as kidney damage or even a kidney failure. The exact toxic dose of raisins is unknown, but there are some estimations. Some studies have shown that 0.05 ounces of raisins per pound of cat's body weight is the relative toxic dose. It means that even a handful of raisins can be too much for your cat. Garlic is also toxic to cats.

What Should You Do if Your Cat Has Eaten Raisins?

If your cat has already eaten some raisins, we recommend you to call a vet as soon as possible. You have to make your cat to throw up the raisins that she had eaten. If you have hydrogen peroxide, give it to your cat. The measure is one teaspoon of hydrogen peroxide per 10 pounds of cat's body weight.

If your cat has eaten raisins and you don't know that, the symptoms of poisoning can be somewhat vague. They can appear after several hours or even days. The symptoms that your cat is poisoned, are vomiting, diarrhea, weakness or loss of appetite. Vomiting is often seen within 12 hours of ingestion, and others symptoms can appear within 24 hours. Also, in the case of kidney damage, your cat may often go to the bathroom and drink a lot of water. If you notice any of these symptoms, take your cat to the vet. In some cases, toxicity can even lead to death of your cat.

As you have seen, raisins have many health benefits for people, so you should add them to your diet. But, raisins can be very bad for your cat and they should not form a part of cat's diet. Fortunately, only a small number of cats really like raisins, so you should avoid giving raisins to your cat. You should opt for other healthier alternatives.

Have in mind that cat's digestive system is not the same as ours. If you want to keep your cat lively and healthy, don't risk and don't give raisins to her, even if your cat want to grab it from you. Remember that you have the responsability for your cat's health and that even a handful of raisins can be fatal for her.