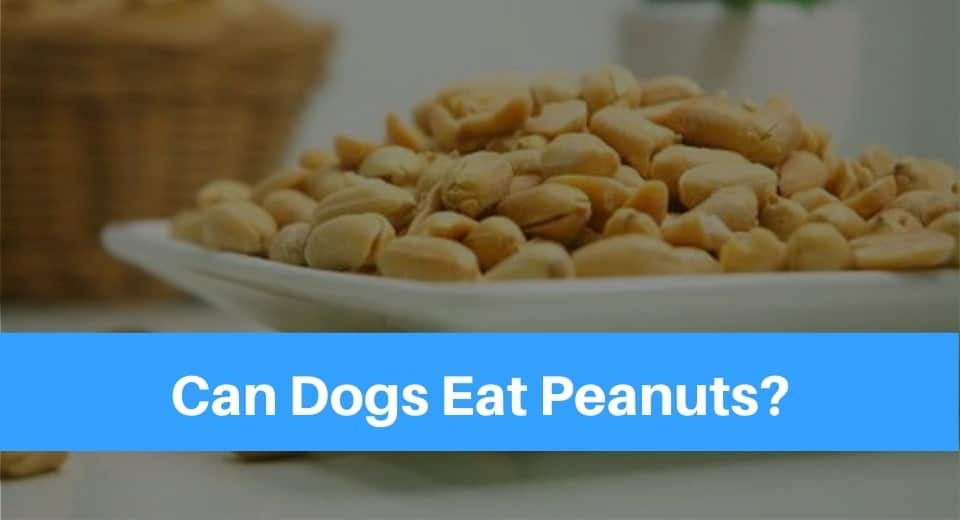 Many of us like to eat nuts, like peanuts as snacks occasionally; some people also eat them regularly to get the health benefits. Thus, we also think that the peanuts may be good for your dogs. However, many dog owners are also interested to know whether the consumption of nuts is unsafe for the doggies.

We know the names of various types of the nuts, such as, walnuts, pecans, almonds and many more. But, all of them are not healthy for your dog. Peanuts, which are often called as the groundnuts, are, in fact, the seeds or the beans that belong to the legume category.

Peanut is one of the herbaceous plants, and the height of this plant is about 30cm to 50cm. It is recognized by many other regional names, such as, goober peas or earthnuts. Such nuts are accessible all over the year, in different forms- roasted, raw, unshelled and shelled.

The Nutrients of Peanuts

Peanuts have a high amount of monounsaturated fats, and obviously, these fats cause no harm to the hearts. This presence of fat assists in lessening the possibility of cardiovascular disorder. The nuts hold lots of nutrients, including niacin, vitamin E, protein, manganese and folate that are extremely useful in keeping the heart healthy. Peanuts have also a lot of antioxidants that have the ability to prevent the in coronary problems. The amount of these antioxidants in roasted nuts is quite more than what you get in apples and strawberries. Another thing, which peanuts have, is fiber that prevents the colon cancer.

In case of humans, peanuts, at times, cause some allergies. However, they do not appear to be an issue, which affects the pups. Peanut, is in fact, one of the common components, found in many of the dog food supplements. On the other hand, peanut butter may be considered to be snack for doggie.

Many vets say that although peanut is quite suitable for dogs, most of the peanuts bought from stores consist of salt, sugar, flavors and extreme fats, which may be unhealthy for pups. The most excellent choice for any dog is simple pealed peanut.

Another fact, which is to be considered, is that usually dogs ingest anything in large gulps. These animals don’t finely masticate things, unlike the human beings. As a result, it may cause disturbed stomach as well as constipation, when the dog gobbles large number of peanuts at a time.

Precautions While Giving Peanuts to Dogs

While feeding any human food to your doggie, there are some things to be taken into account. The foremost of the things that happen is the allergy. Various dogs respond to a variety of foods in diverse manners.

Though peanuts contain lots of protein, they have also a huge quantity of calories. Thus, you have to keep it in mind, particularly when you own an older doggie or a pup, which does not get much exercise.

The shells of peanut are not toxic but they may lead to constipation and upset stomach. In addition to the nutritional fiber, there is no true dietary benefit. Thus, be certain to remove the shell prior to giving the nuts to the dog.

Peanuts may bring about allergic conditions in a number of dogs. The symptoms of allergy in the dog’s body may be realized with itching, skin pimples, hives, bump of tongue, lips and throat, and many more. Some of the pooches may suffer from serious allergic response from consuming peanuts, such as, deadly anaphylactic distress.

Peanuts consist of some oxalates that may turn out to be the cause of problems in dogs, for example, gall bladder issues. Moreover, these nuts may interfere in the process of the calcium absorption. But, such interference may quite small to be overlooked. In addition to it, the dogs that have good digestive path and right chewing patterns do not need to be concerned about calcium absorption problems while taking the nuts.

The nuts may also have the invasions of fungus and molds.  The name of the fungus is Aspergillus flavus and it creates a toxin, known as aflatoxin that is recognized as carcinogen. This may also lead to mental disorder. This is also several times riskier than DDT. When you purchase raw peanuts, you have to ensure that these nuts have been stocked in cool and dry environment. Aspergillus flavus thrives under a temperature- 30 to 36 degree Centigrade and very high amount of humidity. Thus, always choose peanut that has been kept in parched environment. Roasted nuts may be the better alternative, because these are guarded against the fungus. They are also digested very easily. When these peanuts need to be cooked in your house, the temperature must be 75°C. In this way, the oil, present in peanuts, may be conserved. Peanuts may be consumed in roasted form or as peanut butter.

It is essential to recognize the fact that though peanuts are harmless to apply in the cookies of dog as well as other treats, these nuts have a high amount of fat. Your dog may have quite difficulty in digesting fat. A significant level of fat may lead to vomiting and diarrhea.

Dogs that take excessive fat may experience an extremely aching condition, known as pancreatitis. It occurs while the pancreas of dog turns out to be inflammatory because of the fat consumption. Though your doggie may get recovered from pancreatitis, this is the most throbbing conditions that it experiences, thus try to prevent this condition.

It can be concluded that fresh, unshelled and unsalted peanuts may be the riskless option for many of the doggies as the occasional meal. If this is the first time you are introducing peanuts, you may start it slowly. In this manner, you may determine the response of the dog to the nuts. Introducing a pup to new foods may rouse instant reactions, which vary from diarrhea to vomiting. You have to see whether the peanuts or the dog foods, containing peanuts, do not have preservatives or additives. So, take care of your dogs, while giving peanuts to them.

Learn more about food that are unadvisable to dogs, including grapefruit, on our site.