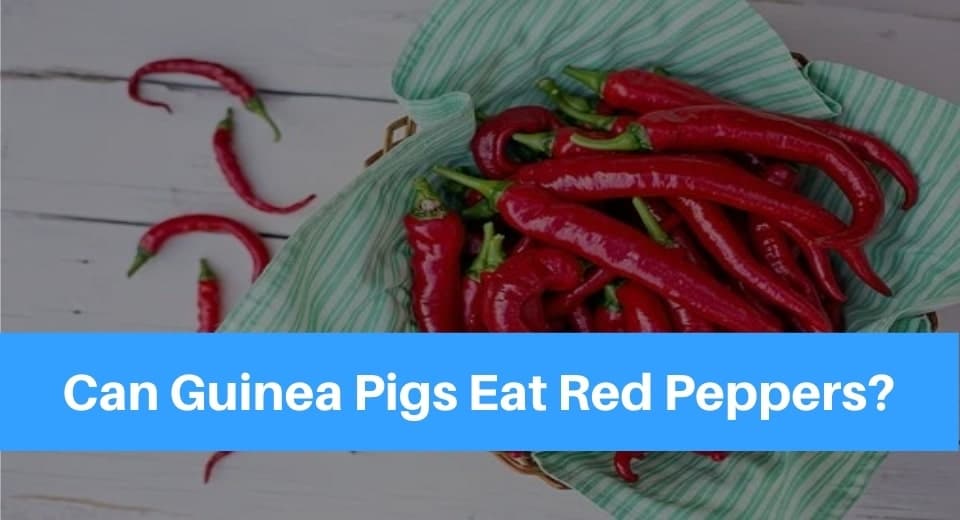 Apart from high quality hay, pellets and water, fresh foods are also very important in your guinea pig’s diet. These foods make the diet more interesting and tasty and provide some additional vitamins and minerals that your guinea pig needs.

In this article we will talk about red peppers and their influence on guinea pigs’ health. Are red peppers safe for guinea pigs or they can be harmful? Continue reading and you will get the answers below. Alternatively, you can also see our article on oranges.

Red pepper is one of the species of bell pepper that appears in different colors. Red peppers are rich in vitamin A and C, and also in folate. These vitamins are very important for human’s health and they help in the prevention of anemia. Due to vitamin A, red peppers improve eyesight. Red peppers have antioxidant properties and they help the iron absorption in the body.

It is also proved that regular consumption of red peppers can help in burning calories much faster, so you can lose weight. Actually, red peppers increase metabolic rate and regulate blood pressure and heart rate.

As you can see, red peppers are very beneficial for people’s health. Now we will see are red peppers also good for guinea pigs.

How Many Red Peppers Can you Give to Guinea Pig?

Red peppers can be a great snack for your guinea pig, but you should limit the amount that you give to your pet. It is recommended to give your guinea pig about a quarter of a red pepper during the day.

If you feed your guinea pig a large amount of red peppers it can also cause diarrhea, vomiting and other problems in the gastrointestinal tract.

As you have seen, red peppers are safe for guinea pigs and they can be great treats for them. But, remember that moderation is the most important. Don’t give your guinea pig large amounts of red peppers because it can cause some stomach and other health problems.

Also, have in mind that we are talking about bell red peppers, not about hot red peppers.