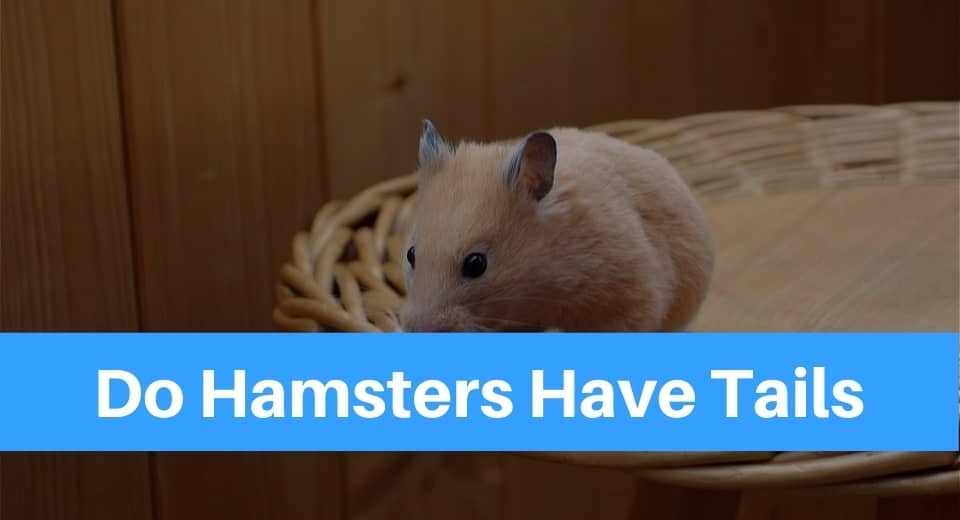 Hamsters belong to the family of rodents. They are popular as pets, but they are also often used for different experiments in laboratories. When hamsters are in the wild, they usually stay underground because they are trying to avoid dangerous animals. They can swim when necessary, though.

As you probably know, hamsters are very small animals, but you may not know if hamsters have tails or not. It is known that most rodents have tails because a tail helps them keep balance and stability.

In this article we will talk about a hamster’s tail. Before we tell you if hamsters have tails or not, you will see something more about these animals in general. If you have a hamster at your home or if you would like to have this pet, this article will be certainly interesting for you.

So, let’s start and see some basic information about hamsters and their life.

As we have already said, hamsters are small animals that spend most of their time underground. When it comes to hamsters diet, we have to say that these creatures are omnivores. These animals eat fruits, vegetation and seeds, but sometimes they may also feed on different insects.

If you have a hamster as a pet at your home, you will probably give him a commercial food for hamsters. Hamsters are known for their elongated cheeks that may extend even to the shoulders. Hamsters use their cheeks pouches to carry food in them.

Hamsters have fur that is very thick and silky and it can be short or long. Hamsters are usually black, grey or brown, but they can be also red, yellow or white. The color of a hamster will depend on the species.

There are different species of hamsters and the biggest hamster is a famous European hamster. Hamsters which belong to the species of European hamster can grow even to 34 cm in length. This is their length measured without a tail.

On the other side, we will also mention hamsters that belong to the Phodopus genus and they are the smallest type of hamsters. Their length is only about 5 to 10 cm and they never grow larger than that.

When we describe the appearance of hamsters, we also have to mention the sharp incisors that they have. There are two pairs of incisors, an upper and a lower pair, and they grow constantly during the life of a hamster. Because of that it is necessary to wear the incisors down regularly.

Another important characteristic of these small creatures is that they have very fragile bones. The eyesight of hamsters is not very good and it is known that they cannot distinguish colors. Hamsters are solitary creatures, so if you have two or more hamsters in the same cage, it may be very stressful for them. If we talk about the longevity of hamsters, we can say that they live approximately 2-3 years.

Now when you know some most important things about hamsters, we will tell you if hamsters have tails and how large the tails may be.

Do Hamsters Have Tails?

Now it is time to answer to this question. Well, the answer is affirmative. Many researches have shown that the most important physical characteristic of hamsters is their tail.

Also, it is the biggest difference between the hamster and the gerbil. Both of these animals belong to rodents, but the tail of a hamster is much shorter.

Hamsters have tails, but they are very short. Actually, their tail is much shorter than their body length. Because of that it is very hard to notice a hamster’s tail sometimes. It is estimated that the tail of a hamster is 6 times shorter than its body. It means that the majority of hamsters have a tail not longer than only one inch.

We hope this article was useful and interesting for you. Now you can be sure that your little pet has a tail, even if you don’t see that. Learn more about your pet and read about celery for their diet now.