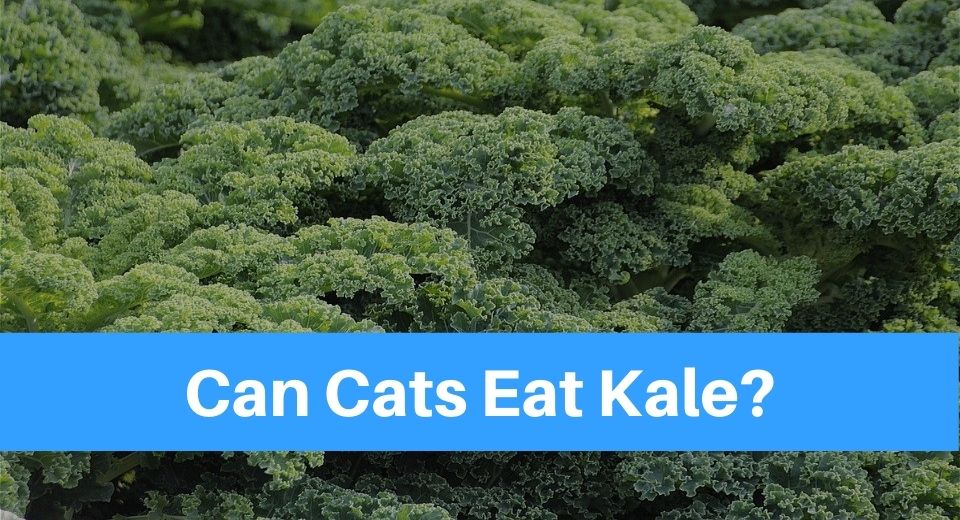 Most people wouldn’t think a cat would enjoy vegetables and other unusual foods, because cats are known as carnivores. Cats are not biologically designed to digest other kinds of food. But, apart from meat, cats also like eating some other surprising things. That is the case also with a kale. Cats often grab kale from their owners when they are eating this vegetable, but they sometimes also go into bins to take kale stems and to eat them.

Should we be worried because of that? We all know that kale has a lot of health benefits for people, but is this vegetable also safe for cats? Why a big number of cats show an interest for kale? Is this normal for cats to eat this vegetable and can it be harmful to them? In this article we will give you answers to these and similar questions about kale and its influence on cats’ health. But, before that, we will tell you something more about this delicious and nutritional vegetable.

Kale is a hardy cabbage with large leaves, so it is also called a leaf cabbage. It is in the same category of vegetables as cabbage, broccoli, cauliflower, radishes and collards. Due to its antioxidant, anti-inflammatory and cancer-preventive properties, kale is considered one of the healthiest vegetables. It also has a delicious flavor, big nutritional value and few calories.

Is Kale Safe for Cats?

Knowing the health benefits of a kale, you are probably wondering if your cat can also benefit from eating this vegetable. In most cases kale is safe for cats, if you give it to them in appropriate amounts.

The good news is that kale is not found on the veterinary lists of toxic foods for cats. That means that you don’t have to worry if your cat also likes this vegetable. Some researches have also shown that cats actually need some greens in their diet and kale is one of them.

Which Amount of Kale Should be Given to Cats?

As we have already said, your cat can eat kale, but be careful. Although kale is safe for cats, wrong amount or frequency of giving this green to your cat can make some problems. Before giving kale to your cat, you should have in mind some important things. Since meat is the most important food in cat’s diet, all other foods should be only an addition to their diet, including fruits like apples. Small portions of kale two or three times a week are enough for cats and they will satisfy the cats’ needs for green vegetables. We recommend you to combine kale, broccoli, spinach and other similar vegetables.

It is very important to give your cat only a small amount of greens, because too much kale and other greens can cause some healthy issues to your cat. Diarrhea and stomach upset are the first signs that you gave her more kale than you should do. If you feed cats with kale, it will probably move more quickly through their system than other foods. The same case is with all other greens. To avoid these problems, give your cat only a small amount of kale and don’t do that every day. If you give greens to your cat every day, she can become addicted to this sort of food and she can start to refuse her normal food, such as meat or milk. However, the most important is that kale is not toxic for cats and that there are no other side effects unless your cat is allergic to kale.

We all know for health benefits of kale on humans because our digestive system is designed for eating plants, particularly leafy greens like kale. But, digestive system of cats is different from ours, so they process meat much better than greens. You should always remember that cats are obligate carnivores and that they need a diet which is based on protein and fat with a low content of carbohydrates. If you include greens to cats’ diet, use it only as addition to their normal diet. Few slices of kale can be healthy snack for your cat, but don’t substitute their usual food with this vegetable. Don’t assume the same for other food, though. Garlic and onions are harmful to cats.