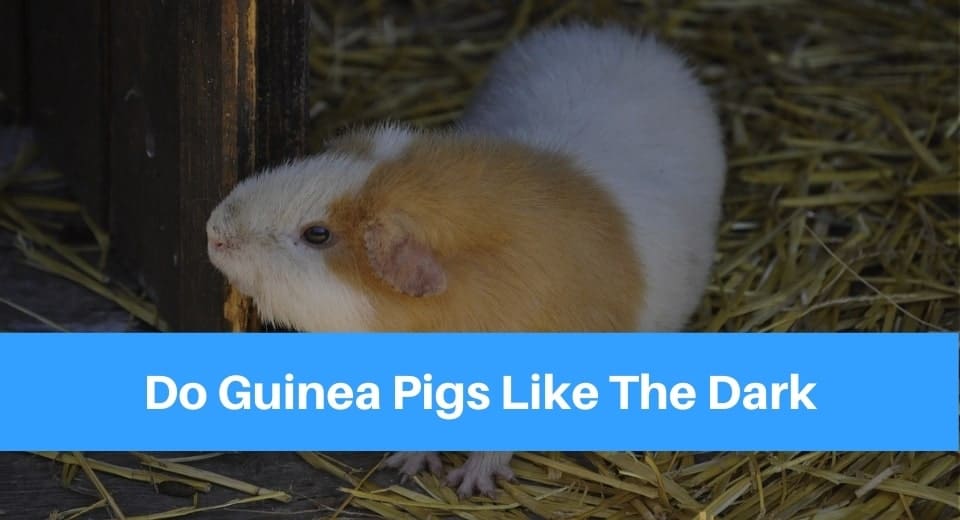 Whether you’re a guinea pig owner, looking into buying one, or just interested in these cute animals, there’s always something new to learn about them. Common research usually surrounds the diet that guinea pigs need, the company they crave, and space they require to live in. But do we know if guinea pigs are more comfortable at night or during the day? This is one question you should be asking yourself— do guinea pigs like the dark?

A Look Into Guinea Pig Basics

Guinea pigs are also known as cavies, taken from their scientific name Cavia porcellus, and originated from South America. They’re technically a rodent species that’s been domesticated for thousands of years. Somewhere down the line, our ancestors turned them into pets and it’s continued until today. Their domestications also mean that they can no longer be found in the wild.

The first to domesticate them were the Incas 3000 years ago, who bred them as pets for the family, as food for some, and as sacrifices to their gods. Thankfully, that practice has died off and we now make every effort to lengthen their lives.

Guinea pigs can be identified by their compact, tubelike, and tailless bodies. They can weigh anywhere between 1.5 – 2.5 lbs. and can measure up to 10 inches long. They’re similar in size to dwarf rabbits and have a similar build.

Some of their most interesting features are their upturned ears, which are extremely sensitive to sound, and their intriguing teeth, which grow continuously due to their rodent nature. In the wild, guinea pigs are believed to have lived in forests and mountainous grasslands but, as mentioned, today you can find your guinea pigs in a local pet store.

They also have a diet of grass hay, fruits and vegetables, pellets, and clean water, as well as vitamin supplements. They’re herbivores and it would be best to feed them with only the best quality produce, free of pesticides and preservatives.

Guinea pigs can breed all year long and can bear an average of four babies per litter, though it isn’t uncommon to bear up to 13 young cavies. It takes females two months to mature, while males take only three months. Their average lifespan ranges from three to five years old but, when well cared for, are known to live even up to 8 years old.

Although they’ve been domesticated for thousands of years now, their survival skills are still alive in them.

While in the wild, guinea pigs were prey to much larger predators. Like with other prey of similar size, they’ve been built-in with features to help optimize their chances at survival in the wild, such as with their eyes.

This means that guinea pigs were meant to venture out in the low light, requiring them to have powerful senses for their defense. They’ll need to react quickly once something out of the ordinary heads towards them and will need a good view of their surroundings.

Guinea pigs have a 340º field of vision, barely needing to move their heads to have a good sense of their surroundings. They’re also capable of processing 33 images per second, which is 10 images more than humans can do. This is important in keeping their vision blur-free when they quickly move their heads around to check their blind spot, which is crucial when one blurred dark spot could mean the difference between a shrub or an incoming predator. They can also see color better than most other animals, domestic or otherwise, with the ability to differentiate between red, green, and blue.

However, their vision is weak in the sense that they lack depth perception. To have such a wide field of view requires monocular sight, where the brain processes each eye’s picture on its own, in contrast to a human’s binocular vision, where the brain merges the pictures of each eye for a clearer perspective. This two-dimensional view of the world is manageable in the wild but could be dangerous in captivity if the guinea pigs are left alone and unprotected at a tall height since the cavies can easily fall and injure themselves. It’s also unknown if they can see in the dark.

They make up for this weakness by having an extremely strong sense of sound and smell. Anything their vision lacks can be picked up on by their button noses and perky ears. They also have sensitive and highly tactile hair around their mouth area, allowing them to navigate their way through the dark. Adding to that, experts believe that guinea pigs have a superior memory due to their ability to keep track of complex tunnels and pathways that’ll bring them to safety while dodging a predator.

Guinea Pigs And The Dark 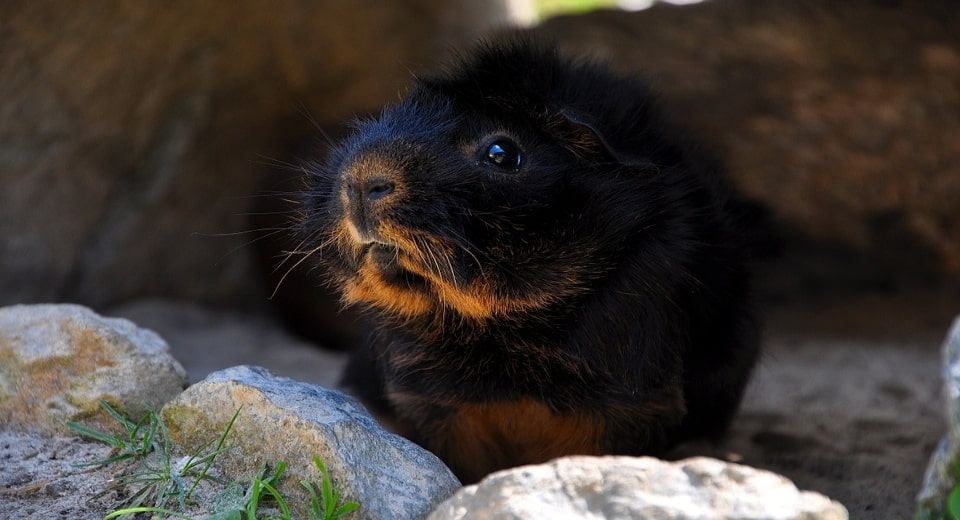 All this information about their eyesight and instincts help us understand how comfortable or vulnerable they would feel in the dark.

In truth, being crepuscular means that they’re less affected by the time of day. Guinea pigs aren’t known to enter a night of deep sleep, often choosing to sleep with their eyes open or only in short bursts lasting less than half an hour. They do this to stay vigilant at all times of the day.

In the wild, they’re also believed to spend most of their time underground in the dark and only come out when necessary. However, they’ve been domesticated for thousands of years already and are used to the light, whether from the sun or artificial light bulbs.

To be seen by foreign creatures much larger than them could make them feel as if they’re at a disadvantage. Upon observing their massive amounts of energy, most keepers would take the initiative to help them out and keep them in the light at all times. However, this is not the best course of action.

Guinea pigs feel more comfortable in the dark, especially when their environment is still unfamiliar and they don’t feel safe yet. This is because they enjoy the freedom and security of being able to get around without being seen by unknown creatures.

That said, although they prefer the dark to bright surroundings, they can be happy, healthy, and active even without a blackout room.

This means it’s best to ignore advice saying your fur babies need a night light unless told so by your cavy’s veterinarian. Doing this could mess with their natural body clock and prevent them from getting the rest they need or from taking comfort in the darkness.

There’s no doubt that guinea pigs enjoy moving around, exploring their space, and playing with their friends at any time of the day. Even if they remain active at night, it doesn’t mean they need any help from the light.

Knowing their habit of chewing, just make sure you don’t leave anything valuable within their reach at night, you might wake up to an unpleasant surprise if you do!