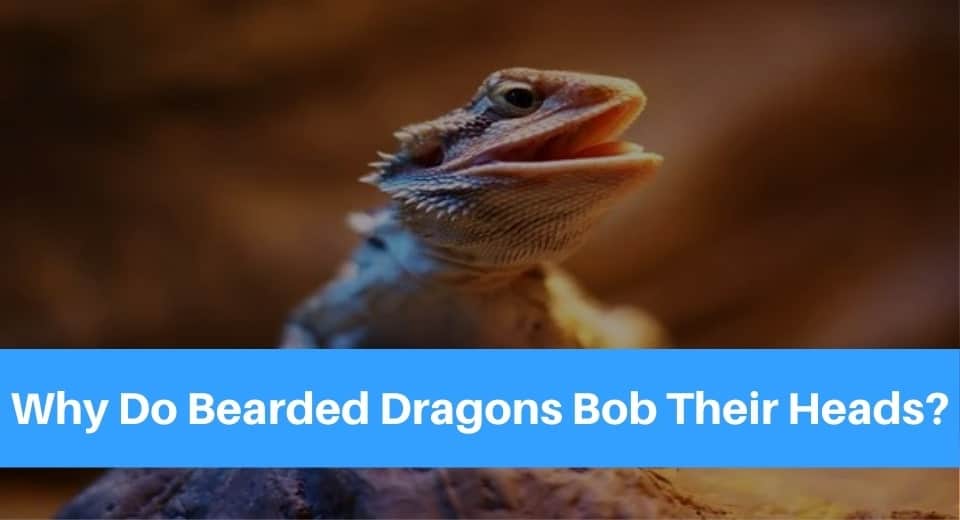 Bearded dragons do a lot of things, most of which we don’t understand right away. They express themselves differently and one action that always boggles new owners is…why do bearded dragons bob their heads?

Bearded dragons, like most animals, communicate their needs and desires with their bodies.

Simple actions that can easily pass us by could present a multitude of insights about how they’re feeling. Additionally, know that bearded dragons develop new habits as they enter different stages in life, which is a big reason why they start acting a little odd as they grow older.

When noticing new bearded dragon behavior, it’s best to observe and learn about it first before worrying and panicking. There are so many meanings attached to the same actions and t’s easier to understand them if you get to observe other details.

With head bobbing, they can do this in a variety of ways. Once you observe this action, look for other clues, not just with their body but also their surroundings.

Check how quickly or slowly your beardie’s head is bobbing, if other body parts are moving, if their beards are flared, or if they only bob their heads while looking at something.

After noticing all these, you’ll be more equipped to understand what they’re trying to tell you and cater to their needs and desires easier. 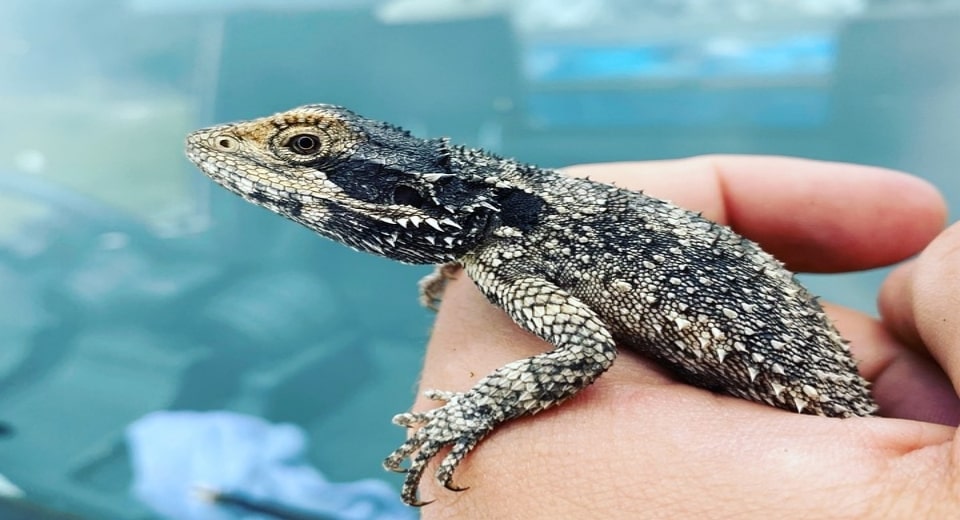 Head bobbing means a lot of things but the simplest explanation is that it’s something beardies do to call attention, for many possible reasons:

Most of the time, bearded dragons bob their heads to assert their dominance over their enclosure, sometimes to a bearded dragon in their tank or someone they see through the glass.

You’ll know that this is what they’re saying if their heads bob aggressively and quickly, often puffing out their beards and standing up. This position makes them look fierce, strong, and powerful, which is exactly the look they’re going for.

This is because bearded dragons, by nature, are solitary creatures. They don’t do so well in a group and always prefer to be alone unless they’ve been companions with another beardie since they hatched.

They’re incredibly territorial and try to protect their space by asserting dominance and looking like a big, bad beardie. Sometimes, two beardies in the same enclosure would even fight and hurt each other while trying to dominate.

Baby bearded dragons will also do this action, especially when they’re new to the territory and feel scared or stressed about it. To show others that they have control over the situation, they’ll act aggressively until they feel comfortable.

Bearded dragons will not only bob their heads at other beardies, but they’ll also do it to anything they feel is a threat, including any foreign objects, both living and nonliving.

This aggressive and fast head bobbing, together with standing up and puffed beards, are most commonly directed at new owners. They do this in the beginning when no trust has been established yet and they still are yet to understand that the big creature is a friend.

They would also do this to a pet walking around the home for the same reasons. Their instincts tell them to be wary and to protect their territory, even if they’re safe in an enclosure and the other pet has no interest.

Sometimes big objects like toys and loose clothing could feel like another threat. They don’t see something harmless, they see something unfamiliar near their precious home. If this happens, slowly remove any foreign items in the room one at a time. This is to recognize which one they’re frightened by, to help avoid any future contact with it.

In some cases, they could also bob their heads at their reflection, not recognizing themselves. To avoid this, make sure to block the walls of their tank with some terrarium furniture to mimic their natural habitat.

When they feel threatened or unsafe, they’ll try to assert their dominance or submit to whoever is causing the stress.

Luckily, bearded dragons are clever and usually understand which threats are harmless soon after, lessening their stress levels once again.

Head bobbing could also be a style of courtship for bearded dragons.

This is one of the other most common reasons why bearded dragons bob their heads and it looks very similar to when they’re expressing dominance.

A male bearded dragon courting a female would also quickly bob its head and puff out its beard. It looks aggressive but that’s because he’s trying to show that he’s a strong mating partner. As is common with any animal looking for a mate, they show their worthiness by displaying their ability to protect and produce strong offspring.

This is also a way to establish his dominance over the female while courting and asking to mate. The act will only begin when the females respond by bobbing their heads slowly, a sign of submission and accepting the male’s advances.

To distinguish this from aggression, the movement would be much more jerky than fast. It will also be directed to a female or any mating partner they desire, particularly during mating season.

As said, bearded dragons can also bob their heads as a sign of submission rather than aggression. You’ll know they’re submitting when they repeatedly bob their heads slowly and with more fluidity.

They do this when other bearded dragons become aggressive over territory and they have no desire to do claim it. Doing this says that they are both submitting to the aggressive beardie and agreeing to their dominance over it.

As one of their most human-like behaviors, bearded dragons will also bob their heads in greeting.

When they see you or other animals, sometimes they’ll nod at you to acknowledge your presence and greet you. It usually looks like one or two slow head bobs while looking at who they’re greeting hello to.

When To Be Alarmed?

Head bobbing is one of the bearded dragon’s most common gestures. It’s easy to understand, interpret, and, in most cases, no cause for alarm. That said, some scenarios could warrant concern and action from you.

If your bearded dragon continuously bobs its head for days at a time outside of the mating season while they’re also black-bearding, this is a sign of overwhelming fear that isn’t going away on its own.

As a responsible owner, you should immediately take action against whatever is frightening them. Allowing this to continue will add to their stress and weaken their health.

Always check if the tank walls don’t show any reflections, sweep the whole room for foreign objects that could have triggered it, and keep away any animals that walk around your house.

Removing their points of stress or fear will deal with the head bobbing.

No matter all the possible meanings behind why your bearded dragon is bobbing its head, one thing’s for sure—  you don’t need to worry!

As much as possible, avoid stressing your bearded dragons. Head bobbing from aggression, fear, and the mating season isn’t always avoidable but there’s always an action that you can take to help your beardie settle easier.

Next time your bearded dragon starts bobbing their heads up and down, remember to observe first and learn about it before deciding your next step. Every day is an adventure with them, always learning something new about their beardies!