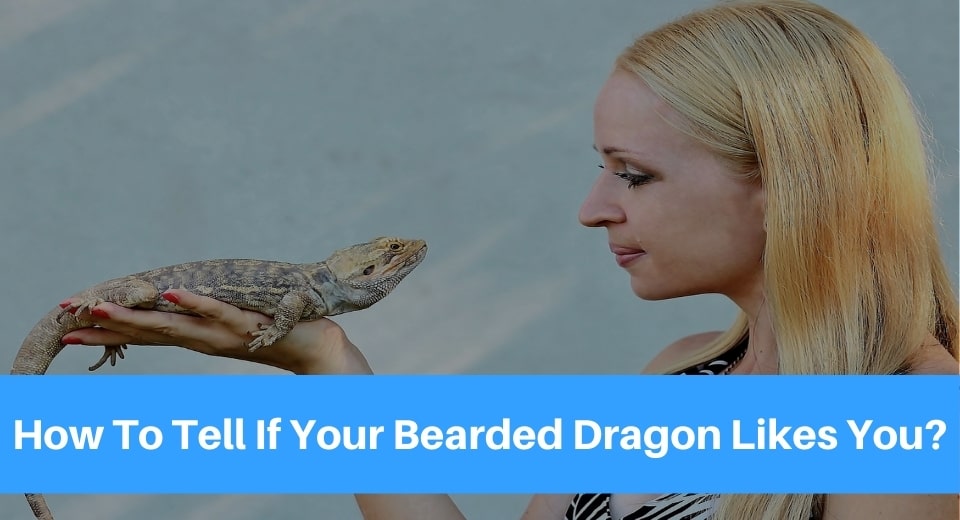 When you first get your bearded dragon, you’ll probably notice it aggressively bobbing its head at you when you come close. It’s an obvious sign of distrust but it also makes it hard to see if they could ever like you.

Bearded dragons are solitary creatures. They don’t do well sharing their space and they believe that anyone who gets close to them is a threat to their safety and security.

That said, when bearded dragons like you, they’ll let you know.

Signs That Your Bearded Dragon Likes You

Bearded dragons may be cold-blooded but they have soft hearts. There’s still a lot to learn about the emotional capacity of bearded dragons but, regardless of their range of emotions, they definitely know how to be affectionate with those they like. Here are a few ways to help you tell if your bearded dragon likes you! 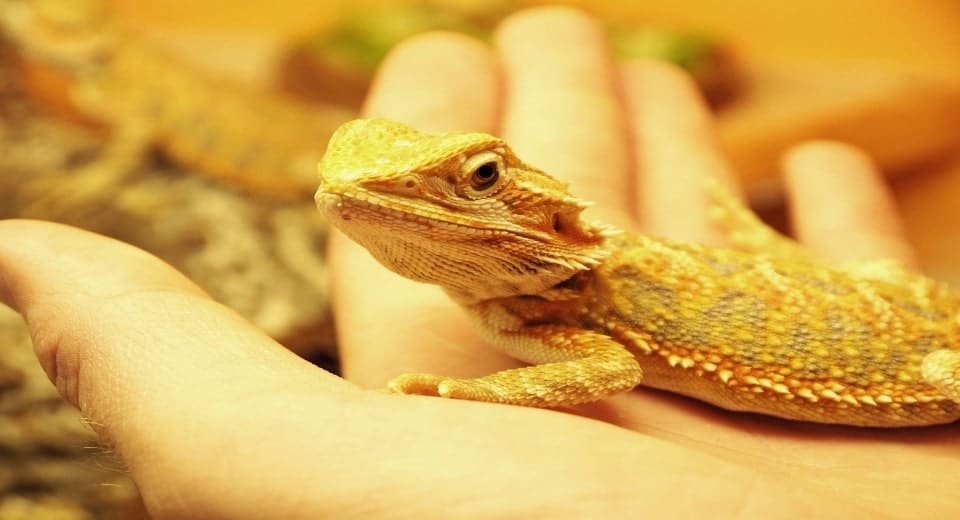 This is an action that we all recognize clearly and it might be a surprise to learn that bearded dragons can be quite cuddly once they trust you.

They’ll often stay close to you and press their bodies against you, especially when you let them out of their enclosure for some roaming time. One of the more common ways bearded dragons coddle their owners is by climbing up their laps to rest on their shoulders.

In truth, bearded dragons might be doing this because you’re warm or they associate your scent and presence with food. Regardless of their intentions, they would never do this with people they don’t trust or feel comfortable with.

One way that bearded dragons show vulnerability is by sleeping while you’re near.

Bearded dragon instinct makes them defend and avoid any possible threat. When your beardie sleeps even though it knows you’re close by, that is how they say they’re letting their guard down.

It’s hard for them to be vulnerable until they fully trust you. As long as you keep treating them well, one day you’ll find that they’ve just randomly fallen asleep on your shoulder. If this happens, feel free to give yourself the huge pat on the back for this accomplishment—  but don’t wake up your beardie!

Particularly during their first few weeks in your care, you’ll notice that your bearded dragon doesn’t react well to you coming close.

They will usually run away, freeze up, start acting aggressively, or try to hide. This shows that they don’t trust you and that they believe you’re a threat to their safety.

However, after some time and careful interactions, this behavior will lessen and you’ll notice them act less skittish when you approach.

All beardie owners will have to handle and pick them up with their hands. If your bearded dragon stops reacting negatively to seeing your hands close, this means it has let go of its distrust. If it runs to you to be picked up, it means they want to be with you!

Your scent plays a big part in helping your bearded dragon trust you.

Once they associate your scent with food and safety, their minds will soon trust you and will start searching for your unique scent.

Because of the positive associations connected to your scent, your bearded dragon will want to take it in, either by licking the air when you’re near or slightly licking you as you carry them.

Bearded dragons look fierce and, when they’re scared, they act even fiercer. When they feel threatened and are trying to defend themselves and their territory, you’ll see them display obvious signs of stress and aggression.

With the right care, this behavior will die out and you’ll see another side to your bearded dragon. Rather than trying to prove that they’re the boss, they’ll just react calmly to you.

What You Can Do To Bond With Your Bearded Dragon?

If you haven’t noticed any of these behaviors on your bearded dragon, don’t be discouraged!

Each bearded dragon has its own unique set of quirks and differences. Some bearded dragons learn to quickly trust their human owners, while some take much longer. It all depends on the dragon but, luckily, there are some easy ways to help them be more affectionate with you. 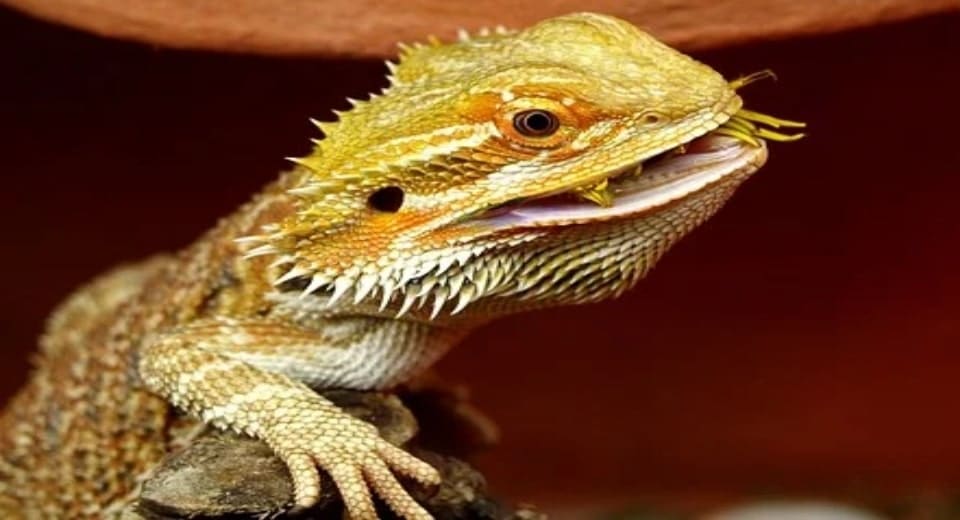 1. Provide Them With Safety and Security

Provide them with safety and security by giving them a good home. Their enclosure should mimic where they would live had they been in the wild, meaning that they need substrate, a temperature gradient, and some furniture for hiding or climbing.

You should also observe if they’re acting aggressively toward any particular objects or animals in their vicinity and remove it from their sight.

Feed them good food, especially while they’re young. Considering the amount of growth they need to do, young beardies need a lot of food and energy. If you feed them properly with good and healthy food, they’ll start to associate you with these positive feelings.

Everyone loves eating, bearded dragons included, and when they start to associate you and your scent with their food, they’ll start asking for your attention and trying to get close.

Regularly reward them. In this sense, bearded dragons are not so different from other common household pets.

It’s important to reward them for their good behavior, either by hand feeding them with yummy treats or by doing something they like.

That said, do remember to only reward them for the behavior you’re looking for. If they bite you or act aggressively, don’t reward them to avoid associating negative behavior with positive results. Instead, reward them when they act calm or did something good.

4. Be Gentle and Slow With Them

Gently touch them to get them used to human handling. Make sure to approach them slowly and that they have a clear view of your hand, to prevent surprising or scaring them. When you’re within reach, touch them gently and stroke their backs before carefully lifting them.

If they try to struggle, keep holding them, and wait until they calm down before you let them go. Gradually increase the duration of their handling times so they get more comfortable with your touch.

Always try to understand. Bearded dragons are very different from what most people are used to.

Much of their behavior will seem odd at first, sometimes peculiar, and sometimes downright concerning. It’s best to try to understand them with patience, an observant eye, and the effort to research. With this, you’ll be fluent in the bearded dragon language soon enough!

Beardies will always start mysterious but just some research will help you attend to their needs much better.

Whether the bearded dragon’s affectionate behavior is due to an emotional connection or because of survival instinct, beardies will need to trust you first.

It takes much effort to cross that line from an unfamiliar owner to someone your beardie trusts and relies on.

If you’re not seeing any of these signs yet, trust that you’ll see it soon with proper care and patience.